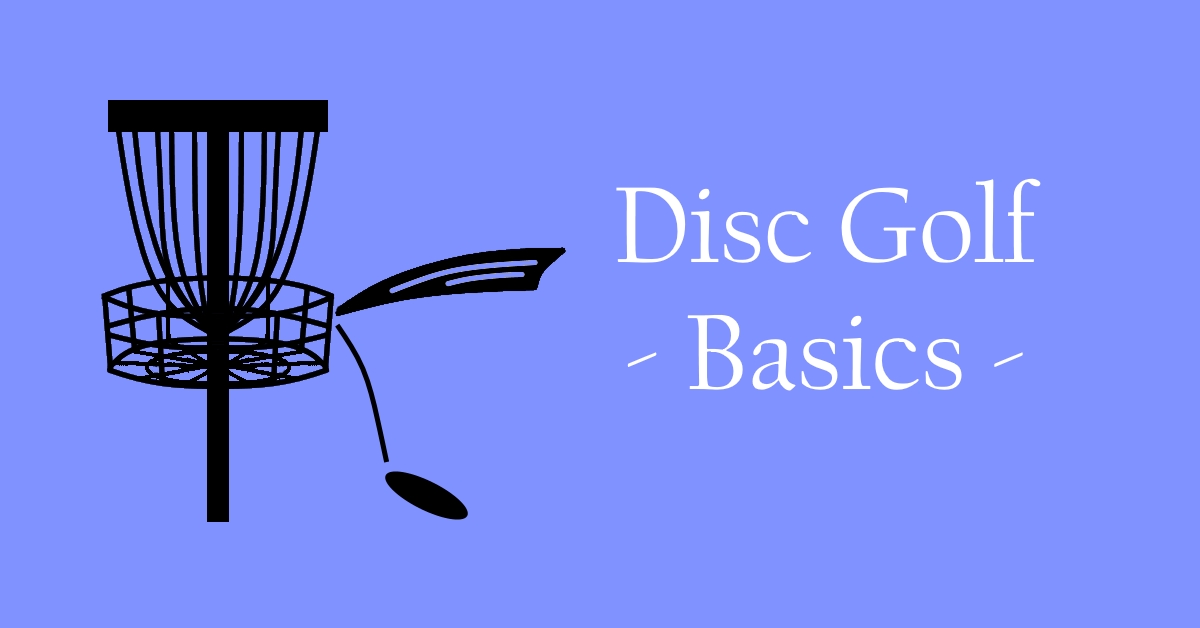 When I first started playing disc golf, I had absolutely no idea what I was doing.  A friend and I were out at at local store and bought some discs thinking, “hey, this will be fun.”  Well, we were right!  He had played before and had a set of discs and a bag.  Me, I had the two new discs that I just purchased.  One was an Innova Blizzard Champion Destroyer, and the other was an Innova Champion Valkyrie.  Hmm… a putter would have been nice, but I’ll get to that later.

Since some of you may have been like me and put the cart before the horse, so to speak, and bought a disc because it was cool, I’m going to start off with some basics about the throw.  However, I have to touch on the Number 1 rule of learning to play disc golf:

If you’re not having fun, then what is the point?

If you have ever thrown a Frisbee before, forget everything you know.  Throwing a disc golf disc is as similar to that as swinging a golf club is to swinging a hockey stick.

The first tip that I ever saw about throwing was to imagine starting a pull-start lawnmower that is at chest level.  Funny thing is, people who I have introduced to the sport have never used one of those!  Still, it is good advice.

Moving on, let’s break the throw down into its parts:

For most people, your basic grip is what is known as the “power grip.”  This consists of all four fingers gripping the inside of the rim of the disc, with the thumb on top.  Try to think of your hand position as “pointing with your thumb.”  The plane along your forearm, wrist, and thumb should be flat.

Alternatively, you can use the modified power grip.  This grip is nearly identical to the power grip.  The index finger tucked into the rim but the rest of the fingers are fanned out on the flight plate.  I like this for throwing mid-range discs and putters

Start by standing perpendicular to your target (lead shoulder pointing toward it), with your feet just wider than shoulder width and knees flexed.  You may notice this is similar to a golf stance or baseball stance.

With your lead arm (throwing arm), reach away from the target, turning from the hips, not the waist.  Reaching back in a straight line, not in an arc around your body.  Your arm should not cross in front of your body nor should you wrap your arm around yourself.  Your throwing arm should be almost at a 90 degree angle to your body and parallel with the ground.

This is where your disc begins to accelerate and where the power for your throw comes from.  Nearly all your power during this stage comes from your hip and shoulder rotation.

From here, your elbow will move forward with your forearm staying parallel to your body.  As your upper arm begins to come into the same plane as your upper body and your elbow gets closer to pointing toward the target, let your forearm whip around until your disc comes out of your hand.

Releasing your disc isn’t the end of your throw.  Your body will naturally want to keep moving in a circular motion.  Let it.  This will help reduce the likelihood of injury.  Just remember to rotate on your lead foot.

These videos are a couple that I started with and illustrate the basics very well:

If you found this helpful or off base, please let me know in the comments!