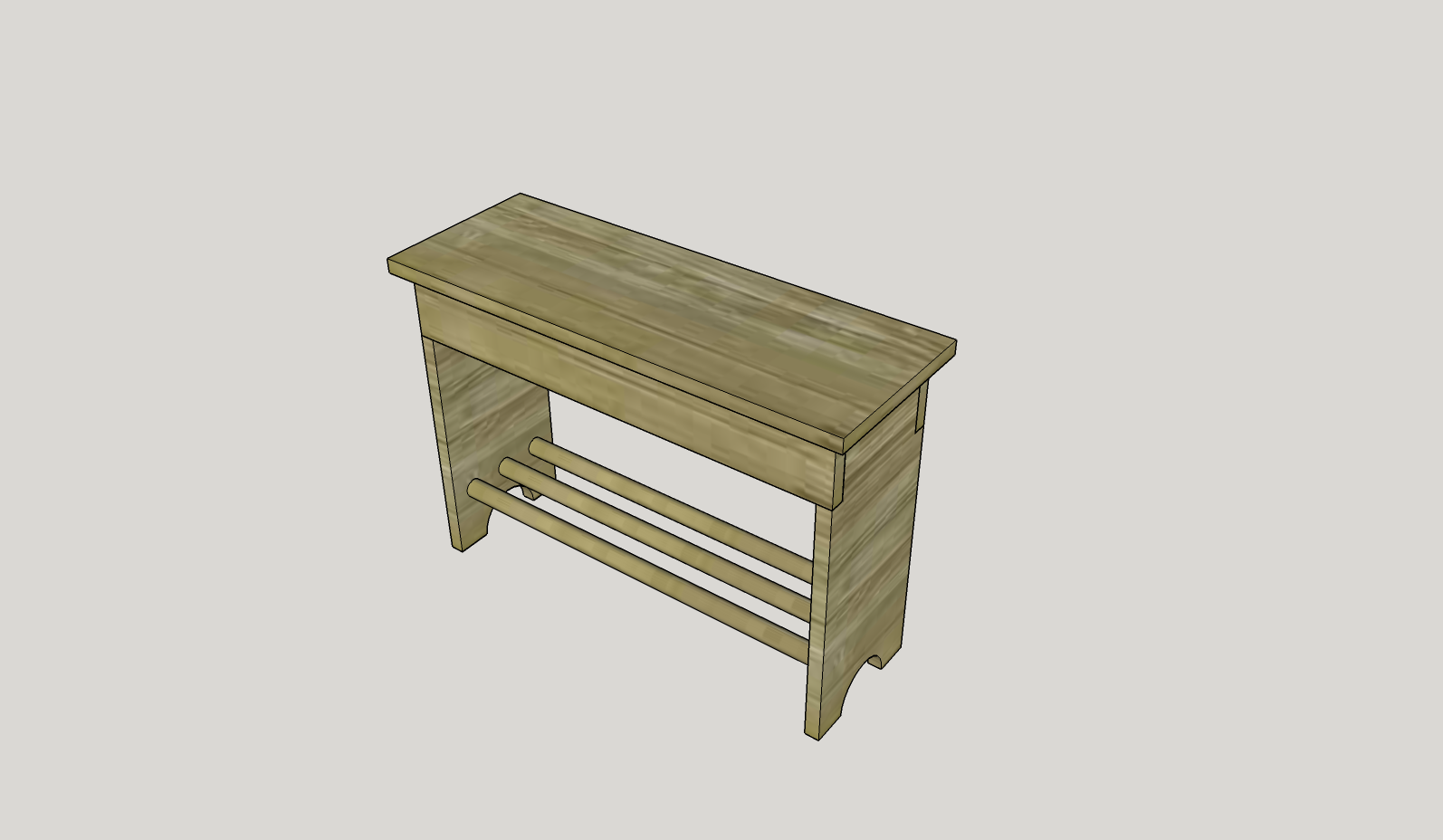 Well, after some consultation (i.e. posting on lumberjocks.com), I made some changes to my original design.  They are actually good changes, too.  Check it out:

So far, though, the execution has been par for the course.  Meaning filled with problems and hurdles.  When I bought the dowels that are used for the bottom, I didn’t stop to consider that they actually needed to be really straight.  That would probably explain the warp, twist, and general askew-ness of the bench.  Oh, also when I was boring the holes for the dowels, my Forstner bit wasn’t properly set in the drillpress and wandered to make a 1 1/2″ – 2″ wide hole.  Ugh!  I’m glad I’m not actually making this bench for anyone!  If I were, I would start over.

It may be because of the dowels or maybe because I’m cursed, either way, though, I’ve never been so glad to have 2 4 gallon water jugs!  Let me explain.  With the askew-ness of the bench, I’ve been using the water jugs as weights to straighten it out.  By placing wet towels over the dowels and the cross rails, and then placing the water jugs on top of the bench, the bench has slowly, over time, begun to straighten itself out.  It is to the point where the frame that the top will sit on is mostly square and flat.  I haven’t attached the bench top yet, but when I do, I know it won’t be warped or wobble.

There is still a lot of work to do on this bench that I thought would only take a few hours to build, which has now gone on toward 3 weeks.  I still need to trim the legs to make them even, remove excess glue, sand, and apply finish.  I had such high hopes for this bench and now I just hope it doesn’t suck.